I’ve been considering a different way to handle reversed cards that I call “Chaldean mirrors.” The concept may not be new, but I haven’t encountered it before. Most of the cards were associated with the “decans” of the Chaldean zodiac by the Golden Dawn’s Macgregor Mathers, bringing the nature of the card together with the sign and planet occupying the decan. When a card is reversed, it can be useful to investigate the qualities of the card 180 degrees away at the opposite side of the wheel for a corroborating or countervailing influence, a “slingshot effect” that can suggest a constructive way to assimilate the reversed energy. I think of this as the “Chaldean mirror” into which the energy of a reversed card “reflects;” only the “planetary” and “elemental” trump cards elude this model, in which case the astrological idea of “planetary pairs” in one case and the classical “humours” in the other may be a workable solution. Note that the “mirror” card is always read as upright. My first attempt to use this was encouraging.

Below are charts that illustrate this arrangement. (Thanks to “Richard” on the now-defunct Aeclectic Tarot forum for sharing them!) There are a number of interesting things about this that are not coincidental. Each of the minor cards shares a common number directly across the wheel, and they are also of the same polarity and quadrature. So the “mirror” of a reversed cards would operate within the same mode as well as complementary element. The opposite court cards are of the same rank, double polarity and cooperative elements. The trump cards occupy opposite signs of compatible element.

For the trump cards that don’t appear on the wheel – the seven “planetary” trumps and three “primary elemental” trumps – the “planetary pairs” work out to Sun (Sun card) and Moon (High Priestess), Venus (Empress) and Mars (Tower); Jupiter (Wheel of Fortune) and Saturn (World). Mercury (Magician) is a maverick that – as ruler of Gemini – could be paired with Jupiter, traditional ruler of its opposing sign, Sagittarius.  (Mercury’s other sign of rulership, Virgo, is already matched to the Moon card.) The Fool (Air/warm-and-moist) reflects into the Hanged Man (Water/cool-and-moist) and Judgement (Fire/hot-and-dry) is mirrored by the World, doubling as Earth/cold-and-dry. 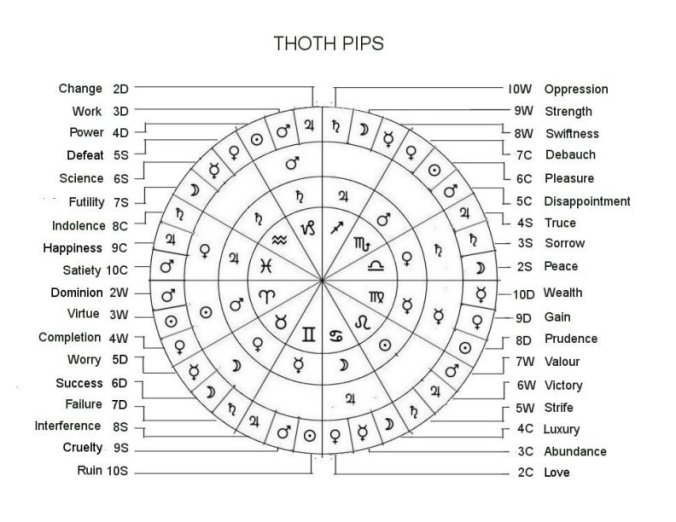 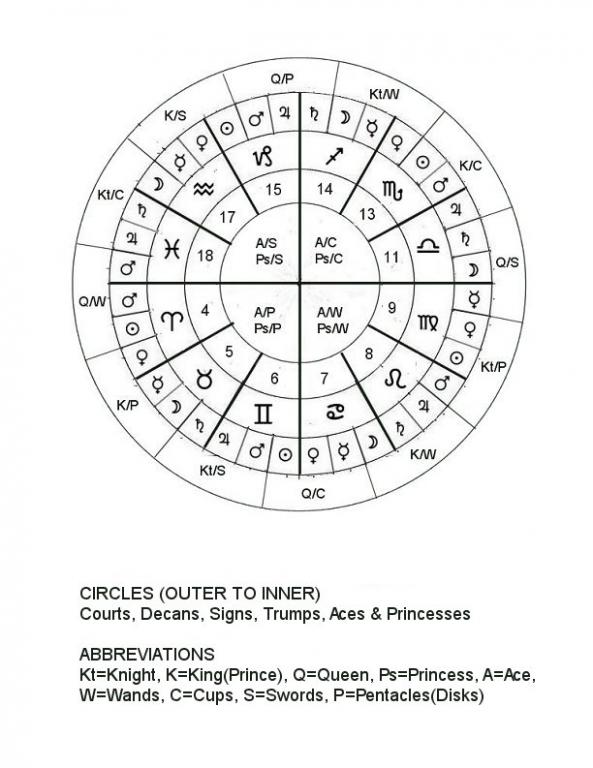