As promised yesterday, here is my latest attempt at creating a spread (actually two interlocking spreads) that can be used to provide long-range developmental insights as far out as three years in time. It uses a split deck (Major and Minor sub-packs) in the first phase only, and consists of two separate parts. Part One is intended to target which of several “departments of life” will feel the greatest situational impact during any of up to three years, while also displaying a “big picture” scenario for that year and the nature of any critical (or “big”) decisions that may signify important “turning-points” for the querent. Part Two furnishes a more detailed close-up of what may happen in the yearly “high-focus” areas highlighted in Part One. Since this may not include the area that was uppermost in the querent’s mind at the start of the reading, Part Two may be repeated as necessary to cover other aspects of the querent’s situation. For example, if the sitter wanted to know about relationship potential but the cards identified finances as the most challenging area during an upcoming year, Part Two can be performed first in the realm of finances and again in that of relationships, with the understanding that the latter may be only a minor theme during the period in question. The spread uses a different deck for each year so all cards are available over the various time-frames. 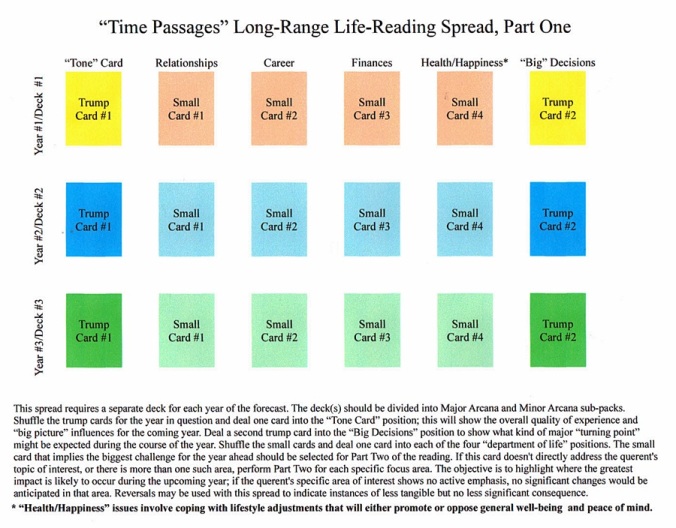 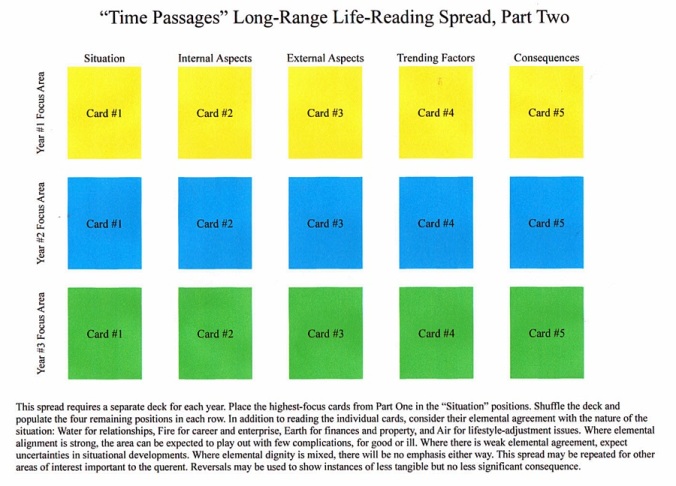