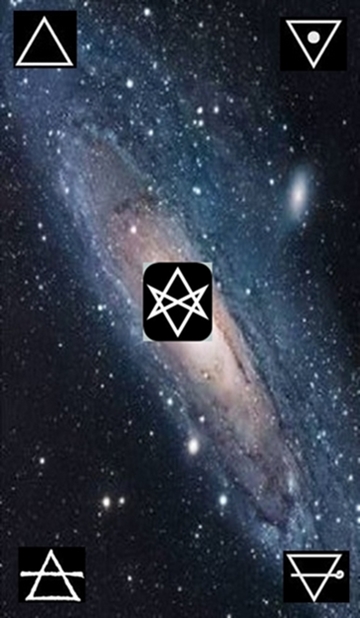 This post is a continuation of my earlier thoughts on the subject of fate. I was just reading the Art of Cartomancy blog run by cartomancer extraordinaire Kapherus, in which the nature of fate or destiny was debated. Comments were closed and I wasn’t able to add to the discussion, so I’m bringing my observations here.

To begin, here is a relevant quote from The Kybalion: “Every Cause has its Effect; every Effect has its Cause; everything happens according to Law; Chance is but a name for Cause not recognized; there are many planes of causation, but nothing escapes the Law.”

I believe that the Universe evolves on an inscrutable super-human scale, a larger stage as it were, and what we perceive to be individual fate is just us getting momentarily sucked into the glare of the spotlight for reasons that we only dimly understand. The connection of the Major Arcana to the orchestrations of destiny offers us an opportunity to, if not exactly evade our karma, at least come to grips with why the world seems to be so far out of step with our most carefully-laid plans and our fervent hopes and expectations. The Universe has a script that may require either a hero or a scapegoat for a particular purpose, and we happen to be wandering by the stage door at the time. Nothing personal in it at all, it’s just a matter of Cosmic Convenience.

The apparently irreconcilable concept of free will is actually the device by which we decipher and rationalize the intimations of fate (hopefully before they become too deeply entrenched in our subjective reality). It isn’t a superior force that directly defies the marching orders of destiny, but rather a filter that lets through only the parts that we are able to comprehend and make intelligent use of at the moment of our awakening to them. The rest may still hit us upside the head while we’re looking the other way, but at least we were given a chance to stage-manage the entertainment. Astrologers understand this implicitly, although they make much of the aphorism “The stars don’t compel, they impel.” The birth chart provides a blueprint or road-map of an individual’s developmental potential. What remains for the native is to navigate that itinerary over the course of a lifetime while “keeping the rubber side down” and staying out of the ditch. The Major Arcana provide a similar chance to direct one’s future course, but on a more immediately interactive basis. They might still run us off the road, but if we see them coming from far enough away we may still have time to dodge the brunt of their head-on impact. As the saying goes, “Forewarned is forearmed,” and we certainly aren’t obligated to hang the “Kick me!” sign on our own backsides.