Back in the ’80s, computer geeks were always talking about programming code that let a developer (and eventually a user) see the end product of their work on the monitor screen while they were in the middle of creating it. These editors were known by the acronym  “WYSIWYG” (“What you see is what you get”), and I’m most familiar with them in the  area of word processing (notably WordPerfect, the more muscular predecessor to Microsoft Word) where the on-screen typed page mirrors what the printed page will actually look like. Creation of computer graphics for electronic games was another practical application. For a very short time (so short that many may have missed it entirely), it crept into the common speech as describing unpretentious people who come across as being exactly what they seem to be, no more nor less. (I’m almost positive, though, that the phrase pre-dated the acronym by quite a bit.) It became a synonym for absolute honesty in personal dealings, but was probably too odd to gain much cultural traction.

I sometimes think of this acronym when confronted with tarot decks that have what I call “narrative vignettes” built into their scenic minor – or “pip” –  cards. The modern progenitor of this practice is the Waite-Smith (aka “RWS”) deck, where artist Pamela Colman Smith often departed from the esoteric iconography of the Golden Dawn system of interpretation on which Waite based the deck and his companion book, The Pictorial Key to the Tarot. In nearly half the cases – and this is strictly my personal opinion – “what you see is not what you’re supposed to get.” As a lifelong user of the Golden Dawn system in its most potent expression, the Thoth deck created by occultist Aleister Crowley and artist Frieda Harris, I became comfortable with interpreting its “glorified pip cards;” in them, Harris used color, mood and minimal scenic imagery to impart profound meaning in an ingeniously “WYSIWYG” tour de force melding her consummate artistry with Crowley’s esoteric insight. I even observed how close many of them are in “pip” arrangement to the emphatically non-scenic Tarot de Marseille decks. My one-word descriptor for them is “evocative.”

Scenic imagery, whether or not one buys into the story-telling content it offers, invariably invites free-association that in turn fuels imaginative flights of fancy (conveniently labeled “intuition” as a way to excuse its excesses, but I see it more as “inspiration”). When reading with an RWS deck or derivative, I generally ignore the encapsulated story-line and use the hints in the pictures to pull up anecdotal metaphors and analogies that have a bearing on the developing narrative shown in the spread as a whole. These tropes are especially useful when the weaver of the tale (you and me) runs short on “yarn.” The danger – but also the hidden benefit – in this experience is that the seeker is led down a different path than the context of the question would seem to warrant.

Which brings me to the punch line (you didn’t see this coming, did you?) While working with the Morgan Greer deck for my example reading of the “personal tune-up” spread I posted yesterday, I was struck by a visual suggestion in the reversed Knight of Pentacles. What is apparently supposed to be an epaulet on his shoulder magically transformed itself into a cartoon character right in front of my eyes. This was, of course, completely absurd and utterly derailed my attempt to take the card seriously in the reading. I certainly hope this doesn’t happen too often, since I would be hard-pressed to come up with suitable metaphors without getting delirious. (Hmm, the Knight of Pentacles reversed is a serious guy who prefers cold places, eats fish, looks good in a tuxedo, swims well and likes to stand around in groups doing nothing much at all . . . ) I won’t say any more, so see what you think of Chilly Willy sneaking into the tarot. (The stylized “penguin” face on the card almost makes me think Bill Greer was subconsciously inspired by Inuit mask or totem art.) 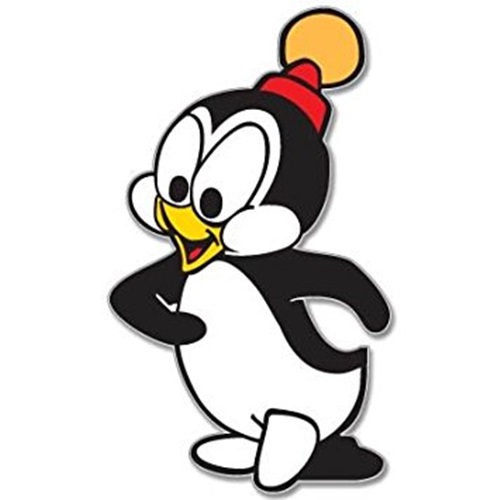 7 thoughts on “WYSIWYG or “WYSINWYG?””